I reckon the single most-important accessory (apart from a reliable tyre pressure gauge) is an air compressor. Having the ability to raise and lower tyre pressures at will is incredibly important for a 4WD. You see a tyre’s life revolves around 3 simple premises, and they are the relationship between PRESSURE>LOAD>SPEED.

If you change one, you’ll need to change another to maintain an effective equilibrium and achieve the perfect 4WD result of either maintaining momentum, reducing the likelihood of getting bogged, reducing the potential for DraStic DS Emulator For PC punctures, carrying varying loads, maintaining steering control, and ensuring that suspension of yours keeps wheels planted on the ground.

Over the years we’ve had a succession of air compressors, some better than others at getting the job done. But what I can tell you is that none of them held a candle to the recently introduced ARB Twin Compressor… this thing is incredibly powerful and FAST!!! 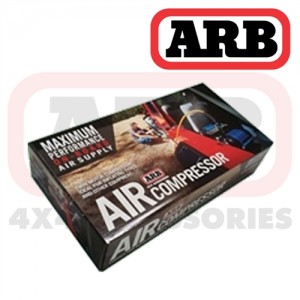 Because of its construction (there’s two of everything in the kit) it has a large footprint. Finding a location to house it under a modern bonnet won’t bring you much joy. There’s simply too much clutter with an airbox, plumbing, ABS accumulator, fuel pump and lines, so depending on your vehicle you might be looking elsewhere. Perhaps under or behind a seat in a wagon or stowed away in the tub of a ute. That’s what we ended up doing in our DMAX, crafted a backing plate out of alloy chequerplate to mount the whole shebang on the LHS of the tub above the wheel-arch.

The unit looks mighty smart too with its trademark ARB anodised blue body. Bolted up on our backing plate along with its manifold storage tank and relay it looks the business and once the air line is hooked up its got a nice contrast in orange… just like the Adventure 4WD tangerine colour!

The unit has been designed for the rough and tumble, sealed for moisture and dust resistance and the wiring loom uses IP55 weatherproofing, wiring connections to exclude as much bad weather and slop you can throw at it (such is the life of a hard-working 4WD used in the bush). On top of that it’s been designed with heat in mind, because hot-running is the bane of any compressor. The mounting plate dissipates heat, the hard anodised cylinder bores make for reduced friction, the motors are internally thermal protected against extreme heat damage, the Teflon impregnated carbon fibre piston seals are designed for a trouble free life. This unit is over-engineered to buggery. 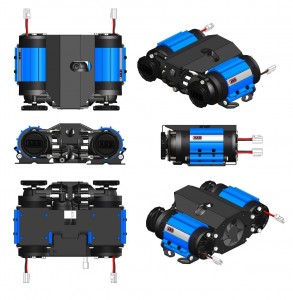 We’ve wired the unit with a mega power cable directly to the battery, the loom that came with it was good but for our purposes too short (going into the ute tub) so we’ve soldered in an extension to get the controls around to the RHS of the dash, the plan is to remove the driver’s cup-holder and replace it with a mounting bracket for the switchgear, three of them – compressor, air-locker and driving lights. The pump is fuse protected with a “maxi” blade in a holder, because under full noise it’s pulling 28A! Speaking of numbers it’ll punch out an impressive near 175 litres/minute under no load and only slightly less with 132 litres pouring through that hose when faced with a 200kPa/29psi backpressure to fight against.

Our air-locker goes in soon, but in the meantime we had to put those numbers to the test, just how long would it take to reinflate a tyre???

We grabbed the spare from the MAX, a 16″ Raptor wheel from our friends at CSA Alloys fitted with an LT265/75R16 D697. We pulled the valve core so it was dead-flat, replaced the core and fired up the compressor and hooked it on. First observation, it’s not that noisy but man it is fast! How about going from flat to a typical on-road pressure of near 35psi/240kPa in just 90 seconds!!! 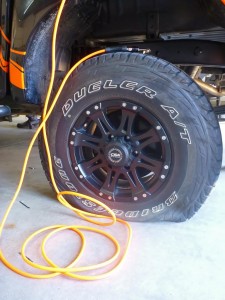 To put that into some perspective we compared it to one of our old-faithful Bushranger MAX-Air compressors, which when new were one of the fastest in the business. We’ve loved the performance of these with re-inflation duties in mind for our clients post-course. But hooked up to the valve the Bushranger took around 4 minutes to get to the same 35psi/240kPa value. In both instances we had the vehicle running, something you should do to give the compressor every bit of help in the power stakes.

So it’s fast, stylish and looks to be plenty durable, comes with full installation instructions and if you want to option it up for other duties there’s the aforementioned air-locker capability requiring manifold and relay with switch or a 4 litre alloy tank to get you some air in reserve if you’re running air tools and the like. Whilst we’ve opted for a permanent mount you can also get them in a box for portability between vehicles. Seems there’s a twin for every occasion!

Contact your local ARB store for pricing details or visit the web for fuller detail.