Welcome to Willygunyah – Our Rental Holiday Home at Coffin Bay

You can’t help but be moved when you travel around this country of ours. The natural wonders Australia offers are often spell-binding and become a magnet for repeat visits. Such is the draw that Coffin Bay on South Australia’s Eyre Peninsula has had on the Wilson family.

We first visited Coffin Bay around 1989 and could not believe how beautiful and largely untouched this sleepy little fishing village was. Since that time we’ve been back repeatedly, often in summer or autumn and towing one of our Kimberley camper trailers over there to camp out in the National Park that bears the same name. The park is a gem, with plenty to hold the thrall of the avid 4WDriver, bushwalker, photographer, surfer or fisherman (that pretty much sums up our favourite past-times). Here’s an extensive summary we’ve written about 4WDing in the Coffin Bay NP

The town itself is a short 30 minute journey from Port Lincoln, the biggest near-regional city and seen at the bottom of Eyre Peninsula. Port Lincoln is around a 7 hour journey from Adelaide (allowing a stop or two for fuel and food), so there’s a bit of an investment in time to get there and back and one of the reasons it hasn’t been over-run with visitors and still maintains its magic.

Coffin Bay owes most of its national and international attention to its most precious export… oysters. Now some folk don’t get the whole oyster thing and find the thought of chewing and swallowing one of Coffin Bay’s finest challenging (which is about the same response I’d offer to the world’s fascination with coffee). So if the idea of shucking a beautiful shell and slurping down its creamy, salty, sea-goodness in its natural form, or adding bacon (and who doesn’t like bacon???), some Worcestershire and BBQ sauce and a bit of lemon juice and then grilling the whole she-bang for a few minutes to finish with a Kilpatrick version is abhorrent to you, then there’s something miserable and missing in your existence! All the more for me then!

In fact if you want to explore other oyster potential, a visit to Coffin Bay’s 1802 restaurant and working your way through their menu you’ll discover that this mighty shellfish knows no bounds! Not only that but the place is also pretty handy for a spot of fishing too, so you can expect plenty of very fresh whiting, garfish, kingfish, tuna and snapper find their way onto the plate too.

The town owes its existence to a great seafarer charged by the British Admiralty to explore the Southern Coast of Australia (at the time called the Unknown Coast), none other than Matthew Flinders. In 1801 he was promoted to the rank of Commander and sailed The Investigator to circumnavigate Australia, chart its coast and discover what it had to offer.

On the 28th of January 1802 he reached the western extreme of the Unknown Coast and put ashore at Fowlers Bay (another of our personal west-coast favourites), before continuing on to Coffin Bay on the 16th February. He named the place after a mate of his, Isaac Coffin, responsible for the fit-out of his vessel The Investigator for the journey. Whilst Flinders and crew didn’t put ashore on that visit, the place was noted on the charts as worthy of future exploration, the job completed by another explorer Captain Frederick Lees in the Nereus in 1839. There was plenty of evidence though that whalers had been using the bay well before that official visit and charting.

There was documented in both Flinders and Lees journals that there was aboriginal existence here too, hardly surprising as this whole coast played host to plenty of communities and for thousands of years prior.

So it’s a rich place, rich in natural beauty, rich in history and rich in flavour, perfect for a place to visit for a long weekend, a week or maybe even longer.

Welcome to Willygunyah, our little piece of paradise in Coffin Bay.

Located at 333 The Esplanade, it’s right on the foreshore, only the road and the picturesque Oyster Walk separating us from the water and a stunning westerly view out to Rabbit Island, The Brothers and Eely Point.

Willygunyah once upon a time was known as Siesta Lodge, our building one of three in the complex created back in the late-60’s. It’s quaint and has a great beach-shack holiday feel.

There’s four bedrooms (accommodating up to 8 people), two bathrooms, a dining and living area, a games or reading area and a very cosy verandah out the front, fringed with a trailing Jasmine vine that’s the perfect place to sit and watch the sun go down.

Out the back is the BBQ/play room for the youngsters and a courtyard/garden area that offers some privacy.

There’s plenty of space for parking, both in the broad gravel driveway at the front or using the rear street accessed yard. If you’ve got a boat big or small bring it, as the boat ramp, a modern three bay launch spot, is barely 3 minutes away from the house.

The kitchen doesn’t have a stove or hotplate, because this is a holiday home, but there are ample appliances to use to cook up a meal or use the BBQ. There’s great dining options in town, 1802 and the Coffin Bay Yacht Club offer good quality restaurant/pub style meals, whilst The Beachcomber and the Coffin Bay General Store do excellent fish and chips and burgers and just about everything else.

Willygunyah costs between $130-$180 per night, add $20pp if you require linen, otherwise bring your own.

The location is prime… What are you waiting for?

The township at the bay

Bringing up the shells

An oyster farm tour in progress 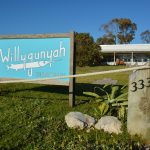 Our little slice of bay heaven

Sunset just across from our front door

Sunset looking out towards The Brothers

Yet another stunning sunset looking west

DMAX at The Ledge just on dark 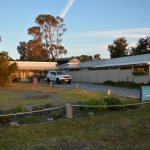 The front garden and driveway

Willygunyah at night with the fairy lights on 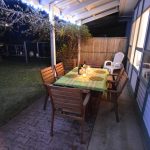 Nice spot to dine too

Interior shot of the lounge and kitchen

One of the bedrooms with a nice outlook

Another bedroom with sea views

King singles in this room 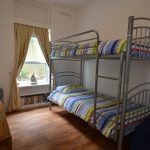 Bunk for the kids big or small 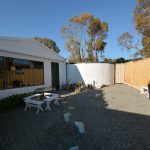 Inside the Surf-Shack BBQ room

Another view of the Surf-Shack

How could you resist this?

A nice mixed catch of the day 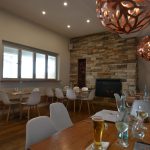 Oysters in so many ways 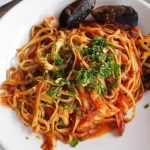 Yacht Club girls in full swing on the chips

Watching the sun go down on the Oyster Walk 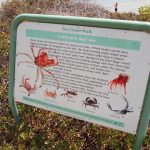 One of the many interpretive signs along the walk

Kayaking is a great way to get around

The community park adjacent to the jetty is great for kids

Another pic of our beach

View from atop a dune looking back at the town, a nice morning walk from Willygunyah 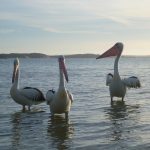 Opportunity knocks for these pelicans

The fishing fleet parked up 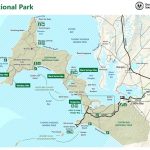 Footsteps in the park

The family out for a walk

The view at the end of the Black Rocks hike 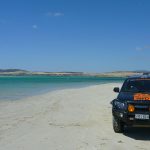 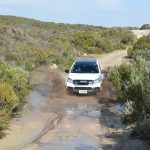 The track to Gunyah Beach after heavy rain

Out near Lake Damascus… watch those tides!

Make your own sculpture

On the road to Mt Dutton