Welcome to the Adventure 4WD website. You’ve found one of the best and most resource rich 4WD websites in the world, from one of best 4WD driver training organisations in the world and we wish you well with your future 4WD endeavours, whether they be for work or for play!

Adventure 4WD is a South Australian owned business created by David and Rose Wilson committed to offering one of the best 4WD learning experiences found anywhere. The business commenced in 1993 and has delivered training to thousands of 4WD owners and operators since that time. Unique in this State in having its own and exclusive office and classrooms at 45 North East Road Collinswood in South Australia and its own and exclusive 4WD track facility in the Barossa Valley, Adventure 4WD have made a significant investment in the 4WD training industry and employ three full-time trainers.We also have made a huge investment in equipment and have a fleet of 4WD vehicles, trailers and ATVs and SSVs and supplementary gear ready for use from our garages at Collinswood.

There’s an important point to make when it comes to the employment of our staff, as they are the backbone of our business. The commitment we’ve made to our team enables them to enjoy a working environment where they aren’t scratching for hours and they get the full-time benefits of superannuation, sick-leave and holiday pay. Our competitors employ casuals/sub-contractors and duck the responsibilities a caring employer provides. That sort of behaviour is not in out remit. It also calls into question the consistency and continuity of the training that others might be delivering? That will impact on the quality of the message and dilute your investment.

On the commercial front Adventure 4WD has been engaged in one of the country’s largest single 4WD driver training programs and continuously since 1997, the South Australian Government’s “Safe Driver” training initiative. With delivery from our home base in Adelaide and right across the State we’ve seen thousands of Government drivers in that time. It is important to note that South Australian Government agencies retain the right to use us into the future, as we still have the best facilities and delivery methods and our training is portable, so in remote locations we can come to you. But our interests extend beyond South Australia’s borders as we regularly service the needs of mining and infrastructure providers wherever they might be.

The business also looks after the needs of recreational 4WD users, skilling drivers before they head off on their own adventures, the steady stream of postcards and emails we’ve received provide ample testimony to the quality of the training undertaken.

So how is it that Adventure 4WD enjoys such trust?

Firstly we’re passionate about our craft. In a world where “passion” is often mentioned and often over-done, we live, sleep and breathe 4WD, it’s all we do in the business. At Adventure 4WD our 4WD training is the core of the business, supplemented with rider/driver training with 4WD/6WD/8WD ATVs and we carry essential hire equipment for 4WD journeys and expeditions. It’s an appropriate mix.

The training team has traveled Australia extensively, in fact we doubt there’s too many places where we haven’t visited yet. All that travel, listening to others, putting theory into practice, refining the curriculum and tailoring programs to suit our clients, means as a participant you’ll benefit.

All of the Adventure 4WD instructors and support staff have excellent communication skills and are very, very patient! No matter what your skills level we pride ourselves on having an ability to convey our messages in a way that is easily understood and confidence inspiring.

Lead instructor and director of the business David Wilson has become a regular feature on Australian television when it comes to 4WD and anything to do with wheels. David & Rose created the country’s first (and in fact a world-first) dedicated 4WD TV program “Beyond The Bitumen”, a 13 part series of half-hour shows seen on TEN and Foxtel between 1998 and 2000. Since then David has been the co-host of Channel Nine’s “Motovision” car, boat and motorcycle show alongside MIX 102.3 FM’s Karen Prater, a fellow car and bike nut. David has also appeared in numerous promotional campaigns for industry products and safety films, in fact the Wilson’s TV production company Red Belly can make your automotive product or safety message a reality.

Apart from the TV production side of the business there’s been plenty of writing. David wrote monthly contributions to the Adelaide “Advertiser” in its Out & About recreational supplement and for 7 years South Australian 4WD owners discovered where they could travel in their State and how to do it successfully. There were also plenty of articles written for a diverse range of 4WD magazines both here and overseas. You will have read his articles in 4WD Monthly, Overlander, Land Rover World UK and Land Rover Owner International in years past and of late he restarted his freelance contributions with work for Adventure SUV Magazine in 2016 and in 2017 for Loaded 4X4. He also co-hosts a fortnightly motoring program on ABC Local Radio 891 on Tuesday evenings with Peter Goers and Spence Denny, where they contemplate all things automotive. David lends his considerable interest in all forms of vehicles in an entertaining half hour. 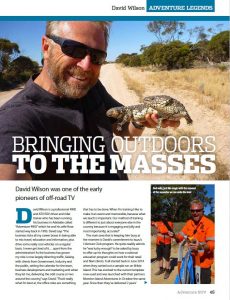 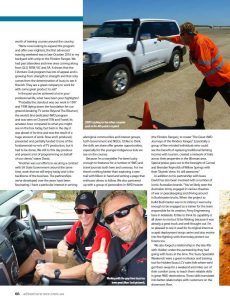 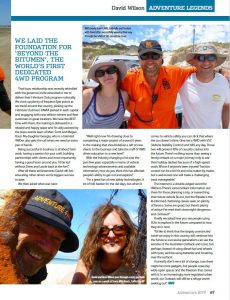 The Loaded 4X4 connection has spun out into a much, much bigger project, as David and Rose have partnered with Loaded 4X4’s editor Steane Klose to produce Loaded 4X4 the magazine and challenge the 4WD media establishment with something that is fresh, honest and reliable. 4WD media in this country has a lot of influence, but influence that is tainted by backhand deals done to influence the outcomes of new vehicle reviews, or pushing products purely to generate advertising revenue for their masters.

Loaded 4X4 is a home-grown project and run by proven publishers who know their stuff and who are committed to honoring their strict charter of conduct. They’ll unflinchingly tell it like it is and intend sweeping a new broom through the 4WD media industry. Loaded 4X4 has already amassed a huge following becoming the second most-read 4WD publication (per issue) in the country in the space of its first two issues. You can subscribe here as it’s free!

David is also the face of Isuzu Ute Australia’s “I-Venture Club” an outstanding manufacturer provided, customer retention and driver training initiative that’s helping thousands of new DMAX and MUX owners get up to speed, learning how their vehicles work both on and off-road. The program started in 2014 and travels nationwide each month with an action-packed weekend. Have a look at the concept here 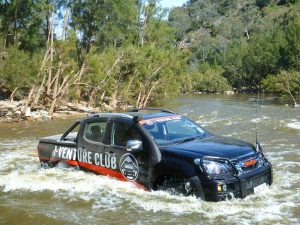 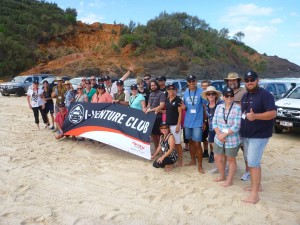 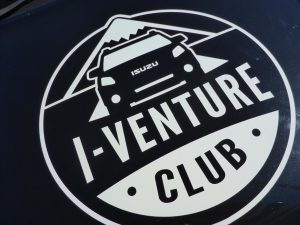 Now after having celebrated its fifth birthday and achieving great things in its original single day format, it’s expanding into a longer touring program with visits to unique destinations like this one into the Flinders Ranges

Time To Join Us

So whether it be a commercial environment where you work with 4WDs, or use them purely for play and holiday, Adventure 4WD has all the expertise you’ll ever need and we can’t wait to share it with you!